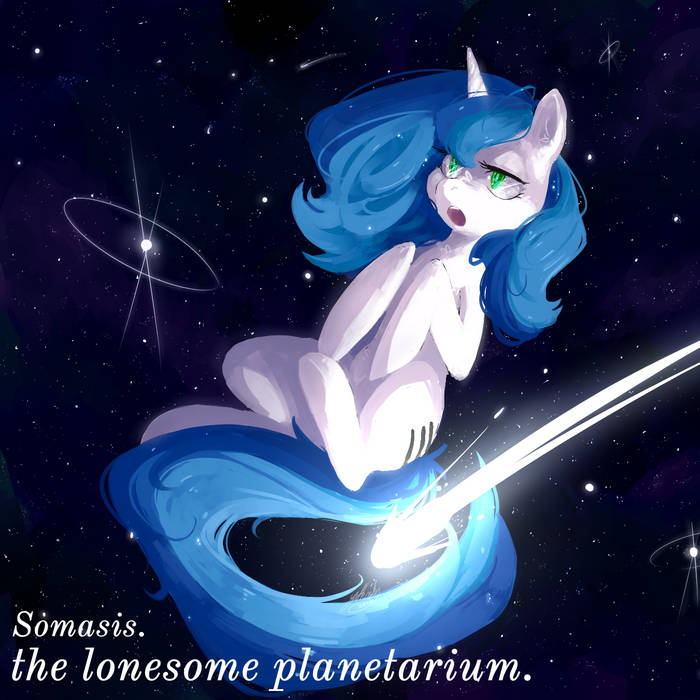 the lonesome planetarium is the first album I made. Which is a lie, it was actually going to be titled "her music theory", which had a much different structure. The working title was effectively a statement of identity than anything else, but I felt too pretentious with it and scrapped it, going for this album instead.

This album has some cool moments. Almost all of it was made staying up late at 3am on school nights and just pressing keys until got too tired to go on. Most of the music, thus, is tinged by these feelings. The music on here, also, evokes a lot of nostalgia for me. It reminds me a lot of people I don't talk to anymore- eery and I lost touch, ryan and I haven't talked since years ago. Dijital doesn't make music under the name anymore. SoGreatandPowerful deleted. It's bittersweet for me, but ultimately my biggest problem is that I tried to be everything.

That said. Dijital's remix still stands up, and is more a finished song than anything on this album. "anxiety" still evokes the feeling to me, "going home" still feels like a great ending, "fithreninate" sounds cool.

I'm not sure about how to feel these days about lonesome planetarium. It occupies a place in my head I haven't really named yet. I think what I've learned from it over the years is that it was a soundtrack to my life at this point: tired, and desperately trying to be what I thought I needed to want from myself.

Some people really love this album though, and I'm so glad I could make something to love.

making me get off my butt and make stuff: all of toastbeard or thasauce

everyone else, for being there