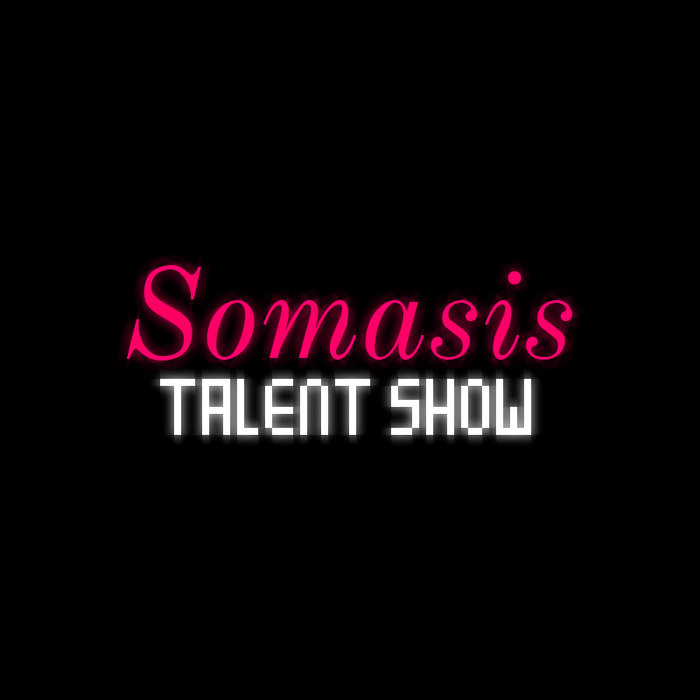 Most of these tracks were made in the course of an hour or so per track, and I was still learning a lot about what I want to get out of making music, and what I want it to sound like. I don't really much like what i made from this, but there's a few tracks that are interesting. A lot of this was also made while I was suffering from intense depression from being in the closet during my first year of high school.

A few of these songs ("love of fate", "walking on ice") did make it into later albums after I sort of disowned this one. I think many of these songs actually do have redeeming qualities, it's just that I didn't really know how to properly execute them at the time. There's a few moments though where I listen now (at time of writing, 2018) and am surprised at myself in the past, in a good way.

"my never ending love" is still probably one of my favorite tracks I've ever made.

The title. The title "Talent Show" was picked because at the time, my high school had a talent show that I wondered about actually doing music at, but my hopes were pretty much destroyed after I realized I'd have to actually perform it live, I don't really know how to do that. I have a tendency to become very nervous when showing people my music as well, much less in front of an audience. The talent show's date came and went during the creation of this album, but I eventually took the idea of the talent show to represent something more like, "this is me showing off how much I can do at this point in time." Which is why there's quite a bit of variety in mood and sound on this album, to the point of being somewhat disjointed and jarring.

"the car ride to your dying grandma's hospital room" is a really odd track. No family member died in 2013 that I remember. My grandma died in 2015, but I'll be damned if it doesn't sound like how that felt.

"exploratory adventure! (demo)" wasn't even a demo, I just thought it sounded cool after I already made the "(demo)"-less version so I called it a demo. I really wanted to look like I had been at this game for a long time, I think.

"a wonder not my own" is a really silly remix of Kreühn Pöny's song, My Wonder: www.youtube.com/watch?v=6MMrzoPHVtw. I wonder where he is nowadays...

As much as I want to, I don't really believe that I should hide old music like this. Many of them don't really do much other than remind me of how bad things have been in the past, and I don't really identify with them anymore.
Kylie McClain, October 10th, 2018

I made it downloadable cause who cares lol
Kylie McClain, December 1st, 2020

this album is a completely different monster from my previous ones.

all my friends - being awesome, listening to the stupid large amount of WIPs I made