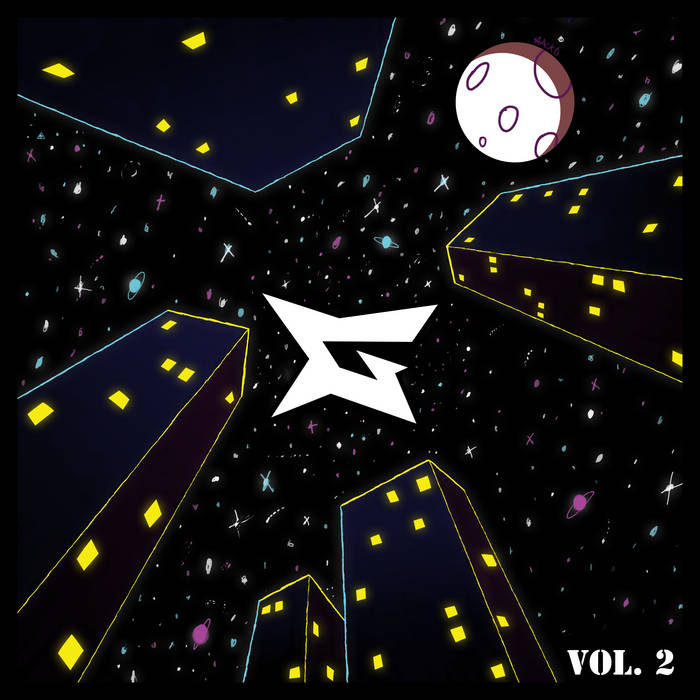 Back in 2013-2015, I was part of the Gak Attack Records netlabel/compilation series, ran I think mostly by HACKD (twitter.com/hackdSounds). The name was a pun based off of a short-lived Brony meme: during a questionably legal fan-run livestream of a new episode (I can't recall which), almost every single commercial break in the show was an advertisement for Gak, some slime toy for kids. So the meme was born. I can't really remember how we formed the group this far in the future, as that was... nearly eight years ago, now.

This was the second album we released as part of the series, both of these being new tracks I wrote specifically for this compilation; I think they both hold up as good examples of a stylistic transition period for me, though they're a bit too repetitive for my tastes now. You can start to see that I was getting a taste for tracks with long builds, and really explosive climaxes, with heavy, heavy bass. Both of them also start to embody less of a heavy focus on the technical aspects of breakbeat play that ends up creating breakcore, and there's more of a focus on the atmosphere and the feeling of the song through the repetition.

Overall I'm pretty happy with these, but I do think I could have done more with these tracks.

I think after this compilation, we mostly just decided to call it quits for Gak Attack Records. The reception was rather lukewarm, and we all slowly moved on to our own projects for one reason or another.

I *think* HACKD did the cover art for this one.